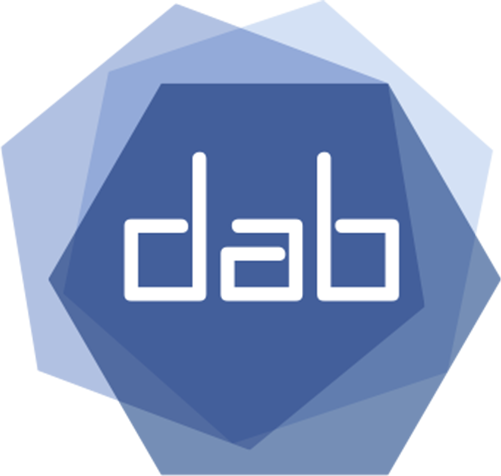 Today's blog post is a guest post by our long-time companion in data analytics, Mr. Ernst-Rudolf Töller, and therefore the second part of the blog post series "Digital Corporate Management".

Visualization is a pragmatic approach to making the 'messages' contained in data immediately understandable to outsiders. Of course, this also applies to corporate data. However, the potential of visualizations is far from being exhausted.

Pictures can say more than words

Business graphics are already an essential part of many reports. Usually, these involve representations of the kind illustrated in Figure 1.

Typically, a manageable amount of figures is visually represented in this way in order to particularly illustrate a seasonal dependency of sales, as in the following case. The optical resolution of this representation corresponds to exactly 12 pixels. This becomes even clearer in the following representation if the values of the individual months are only made clear by different colors:

Images: The engine of development

The optical resolution of representations, or more specifically their accuracy, is a very significant factor when it comes to gaining knowledge from visual representations. Better and more detailed visualizations are not simply beautiful pictures, but are and always have been an independent engine of development. Important new details from such images have either confirmed or refuted old ideas and explanations.

Thus, to this day, new hypotheses and theories emerge in science, based solely on the discussion of increasingly better visual representations, which decisively advance further development. Observing known scenarios in higher resolution has led to revolutionary new discoveries, such as those associated with the development of ever more powerful telescopes or microscopes. The revolution of imaging techniques in medicine in recent decades is an example of how this development has not only shaped science, but also become a determining factor in everyday life.

... the power of more precise images

The progress of technical and scientific development in recent centuries has also been reflected in increasingly accurate and detailed visual representations of all kinds of objects that have become the subject of scientific interest. A very early and particularly momentous example is the drawings of the moon made by Galileo Galilei in the 17th century based on observations with his telescope.

The only 8-10 times magnification of his telescope was sufficient to completely disprove the previously valid ideas about the shape and surface of the moon. Among other things, it became clear that there were mountains on the surface of the moon, just like on the earth. This could be concluded from the fact that the incident light of the sun produced shadows on the mountains of the moon, which changed in the same way with the position of the sun, as this is the case on the earth. Simple but irrefutable discoveries, which show long known things only with a higher resolution, have changed the world here forever. (Galileo Galilei, Transl. Albert Van Helden, 1989)

Digitization has changed something else fundamentally here: while in the past visual representations were the result of analog imaging processes, digital data, which originally had no spatial arrangement, are increasingly being represented via graphics.

Election results and their graphic preparation by business graphics have been familiar from all media for many years. In their election broadcasts, for example, the major television channels report on the majority relationships that develop in the course of the election evening and also show extensive graphical representations. The content of these graphs has changed little over the years. This reinforces the impression that the pure election results actually do not reveal much more than what is shown in the well-known representations. Researchers from Vienna (Peter Klimek et al., 2012) have shown, however, that even the pure election results allow much deeper insights than the well-known charts provide.

For this purpose, the results of the most recent elections in various countries at the time were examined, for which results were available on the basis of individual units containing a maximum of 5,000 eligible voters (e.g., individual ballot boxes).

For each unit, an x/y value is then determined from
x: voter turnout (in % of the unit) / y: vote share of the subsequent election winner (in % of the unit).
The frequency distribution of these x/y values then gives representations of the following type:

Voter turnout and the share of votes for the eventual winner of the election (coloring: from green=low to red=high) concentrate more or less at a certain point. Around this value, the entirety of the units is distributed approximately evenly. However, as the work of the scientists impressively shows, this is not the only scenario:

The article provides 'fingerprints' for the results of a total of 12 elections. The comparison shows:

Well-known types of business graphics such as bar charts, column charts or pie charts mark an important point in this development, especially for the visualization of small and medium-sized data sets. Even through such seemingly simple representations, important facts can be discovered, such as outliers in time series. However, the power of images, which is often mentioned, is even greater in scenarios that are usually thought to be well known.

As an example, consider the analysis of accounts receivable, where each individual account is represented by a point in an x/y graph.

From a professional point of view, these findings can be interpreted as follows:

The analysis of company data and its visualization is always only a first step. The proper interpretation of such analyses and the subsequent decision-making processes naturally remain the central elements of corporate management. In most cases, it is also to be expected that there will be several ways of interpreting the results of the analysis.  Much less, in many cases, clear preferences for the various decision alternatives will emerge only from the analysis of data. However, it can be important - if not crucial - to reject interpretations of a company's situation and, as a consequence, alternative actions that are demonstrably not supported by the company's data. In this point, the analysis and visualization of company data is an irreplaceable tool